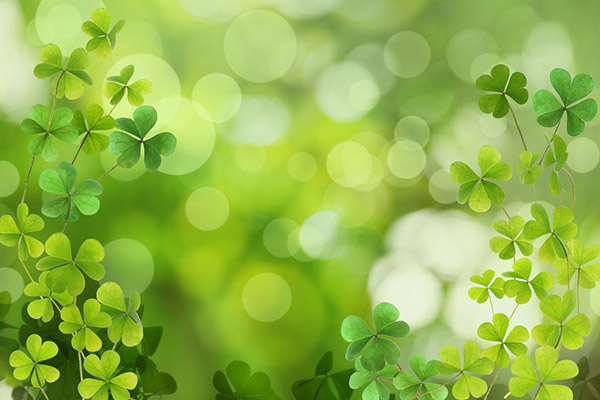 Do you believe in magic? The Irish do! Whether called “the Little People,” “the good people,” or “the Gentry,” most non-Irish folk know them as fairies. Traditionally, the Irish believed fairies were supernatural entities who lived beneath the grassy mounds that dot the Irish landscape or in a parallel, invisible world accessed through special stones or trees. While some Irish folk describe experiencing the presence of a fairy or of even seeing one, today many Irish simply believe that fairies can bring good or bad luck.

In the past, Irish people adopted rituals in order to appease the fairies- keeping the western part of a house peaceful, never throwing dirty water out at night when fairies roam, and ensuring embers from the hearth fire always burned.

In the old days, mothers and children were thought to be susceptible to bad luck with fairies. Protective charms were hidden in cradles, parishioners would place a bit of bread and cheese in a child’s clothing when being baptized, and boys and girls alike were dressed in long frocks until the age of ten or eleven to deceive the fairies and keep children out of harm’s way.

Many anthropologists concluded that the Irish may have developed their belief in fairies as a coping mechanism in order to deal with economic risk and uncertainty. Perhaps fairies and the associated rituals relieved anxiety by explaining bad luck and hardships.

Whether you believe in fairies or not, learn more at these articles from Yale, Irish Central, the Irish Times, and History.com.

Did you know?
After the English seized Ireland in the 17th century, they passed oppressive laws prohibiting Gaelic (the Irish language) and Catholicism. As a result, many Irish people used music to help preserve their heritage, history, and culture. Today, Irish bands continue to use traditional instruments such as the fiddle, uilleann pipes, tin whistle, and the bodhran.

© 2021 The Imagine Institute. All rights reserved.