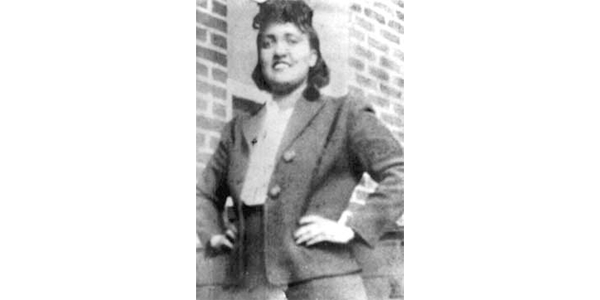 In celebration of Women’s History Month, the Imagine Institute is highlighting women whose impact continues to benefit care giving and education. Following the expansion of COVID-19 vaccine eligibility to all child care workers in Washington State, we honor the lasting legacy of Henrietta Lacks, whose sacrifice made this groundbreaking vaccine possible.

Henrietta Lacks was born in Roanoke, Virginia in 1920 to an impoverished Black family of tobacco farmers. Her mother died in childbirth when Henrietta was only four years old, and she and her siblings were sent to live with relatives.

Not much is known of her childhood, but in 1941, she married David Lacks and moved to Turner Station, near Baltimore, Maryland, where they continued to raise their family. In 1951, at only 31 years old, Ms. Lacks was diagnosed with an aggressive form of cervical cancer, and she passed away in October of that year, leaving behind a husband and five children.

Ms. Lacks and her family never imagined that she would one day be referred to as the “mother of modern medicine.” Without her knowledge or consent, a tissue sample collected during a biopsy had been retained for medical research by Johns Hopkins Hospital where she had received cancer treatments.

Ms. Lacks’ tissue cells came to be the first documented case of an “immortal” cell line. While typical cells do not survive long outside of the body, astonishingly, Ms. Lacks’ cells continued to survive and replicate indefinitely- making it possible for scientists to develop some of the most groundbreaking vaccines of the 20th century. Ms. Lacks’ cells were named “HeLa cells,” and they proved instrumental in studying the effects of radiation as well as developing in vitro fertilization (IVF) methods, cloning, and cancer treatments. Ms. Lacks’ cells were even sent into space in 1962 to study the effects of zero gravity.

Sadly, Ms. Lacks’ family was not informed of the use of her cells until her children were approached in 1973 by researchers at Johns Hopkins. Her family had received no compensation for her contributions to medical research, despite resulting in a multi-billion dollar industry. In 2010, a collection of wealthy donors convened to address reparation to her family after the publication of the best-selling book, The Immortal Life of Henrietta Lack, by Rebecca Skloot.

Today, the legacy of Ms. Lacks continues for it was her cell line that was again used to help develop and test the COVID-19 vaccines that stand to benefit billions of people around the world. Humanity owes a debt of gratitude to Ms. Lacks.

For more information on Henrietta Lacks and her immortal cell line, check out these articles in the Smithsonian Magazine, Nature, and the Hindustan Times.