Celebrating Moms and Mother Figures In Our Lives 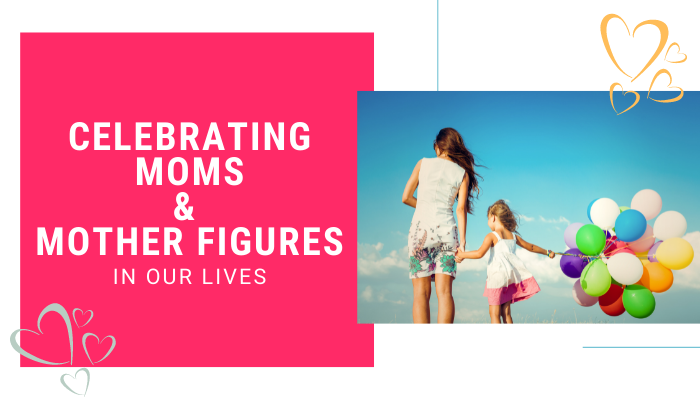 Mother’s Day is a special holiday that can also bring some complicated emotions to the surface. Sure, we were all brought into the world by a “mother,” but life has a way of working out differently for everyone. Unconventional family structures are becoming more standard than the traditional family unit seen in movies from the 1950s.

Some providers have expressed struggles with presenting Mother’s Day activities that are inclusive of all children in their care- those without mothers, with two mothers, or those for whom another person in their life takes a motherly role.

To present a craft idea to children that won’t leave anyone out, declare Mother’s Day as a day for all the special people who love us. Encourage children to make a list of everyone they know who is or acts like a mom. Perhaps they’ll list grandmas, aunts, teachers, friends, godparents, siblings, or neighbors. Then, explain your Mother’s Day project, allowing them to choose anyone they’d like to make it for and removing any stress towards creating a project for one’s own biological mother. It is a wonderful way to celebrate the people who nurture and guide us.

A great book we like to recommend is Celebrate!: An Anti-Bias Guide to Including Holidays in Early Childhood Programs by Julie Bisson.

To all the moms, mother figures, and caretakers, we celebrate you.
You are appreciated!

“There is no way to be a perfect mother,
and a million ways to be a good one.”

The History (and Controversy) of Mother’s Day

A dedicated woman named Anna Jarvis – who remained unmarried and childless her whole life – worked hard to establish Mother’s Day as a celebration to honor the sacrifices mothers make for their children and the influence of mothers in society.

Anna’s mother, Ann Reeves Jarvis, was an Appalachian homemaker and a lifelong activist. In the mid-1800s, Ann organized “Mothers’ Day Work Clubs” in West Virginia to combat unsanitary living conditions and to teach young mothers how to safely care for their children. During the Civil War, she cared for wounded soldiers on both sides of the field. In its aftermath, she organized a “Mothers’ Friendship Day” with the goal of fostering reconciliation between former Union and Confederate soldiers by having them come together with mothers from both sides. It’s no wonder she inspired a holiday! In 1907, her daughter, Anna, succeeded in having Mother’s Day celebrated as a public memorial for her mother in West Virginia. In 1914, President Woodrow Wilson signed a proclamation making Mother’s Day an official national holiday for all mothers.

As the holiday caught on, the commercialization of Mother’s Day upset Anna Jarvis, who claimed it defeated the whole point of a holiday that was supposed to be about celebrating the personal connection between a mother and her children. From about 1920 onward, Jarvis fought hard to prevent businesses from profiting by means of Mother’s Day cards, candy, flowers, and other gifts. She even lobbied the government to have it removed as a federal holiday until her death in 1948.

Want to learn more about the evolution of Mother’s Day? Check out this story on how taking mom to brunch became a feminist act that supported the women’s liberation movement.

So again, to all of you who nurture and care for others, Happy Mother’s Day!

© 2021 The Imagine Institute. All rights reserved.